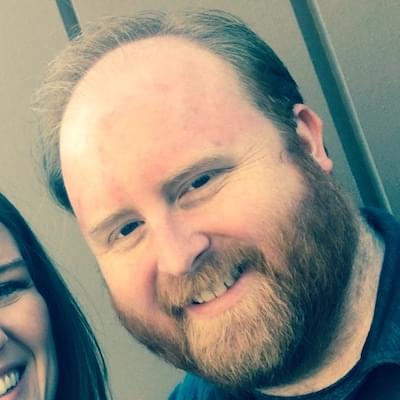 I was a full time student for two semesters and a part time student for one at the College of Southern Nevada. During this time my focus was on Cisco networking, Linux system administration, and Computer Science (Java). After two semesters I was thoroughly convinced that I would learn at a rate that was so slow I might as well not go at all. It also prevented me from keeping full time employment due to the timing of the hours of the courses.

I decided that I needed some direction in my life. And for that, I joined the United States Navy as an Electronics Technician. The first year after boot camp was nonstop technical training. Some classes we were taking voltages on boards and troubleshooting wiring issues, diagnosing PCB design flaws, calculating Ohms and Amperes on computerized tests, and in others we were doing self paced coursework for networking layouts, learning the layers of the OSI model, and a surprising amount of janitorial work. I was also fortunate enough to take a Security Reaction Force course, which most do not get the opportunity to take during this part of their naval career.

During my time in the fleet on board the USS OHIO, I achieved the rank of Electronics Technician Second Class, but we refered to ourselves as "Radiomen." After another year I was qualified to stand several watch stations although most of my time was spent on the radar making sure we didn't hit other boats while surfaced, and ensuring that there wasn't any ships from foreign naval fleets through the use of a very advanced radar detector. Of course, a large part of my duties was also to ensure the continued operation of these huge expensive systems running by scheduled preventative maintenance. Lots of maintenance.

Well before I left the Navy, my plan for the next year was to get back into computer programming. At first, I intended to use my GI Bill to attend traditional College. The closer I got to leaving, however, the more I did not want to spend another three or four years before diving into my potential career. Fortunately for me, my brother had just gone through a technical course only lasting about three months where they trained him in web development, and he already had a job at a local place in Albuquerque doing this type of work! So I decided to follow him to Albuquerque and try my hand at the same thing.

I thoroughly enjoyed the class. Dylan MacDonald, our instructor, always had either an answer to my many questions, or a followup later. Many nights he would invite us to a dinner where he would intrigue us with yet more technical knowledge. We also had a HTML/CSS guru there to help us get acclimated to CSS Frameworks like Bootstrap. Most of our learning revolved around PHP from Dylan, although his main language of expertise was Java.

We spent a few weeks doing quick one-off projects that were mostly a show and tell for the next day. After we had cut our teeth sufficiently by creating SSH keys, committing things to a git repository, debugging code, a "hacker night" with an OWASP themed challenge, and attempting to copy the layout of a popular site, we were ready for our final project. We split off into groups of three to four and began our first Agile process. Each person had Classes to write, Getters and Setters to maintain and improve on, MySQL statements to prepare, run, rerun, rewrite, queries to prepare, and other things I'm sure I've forgotten by now.

After many grueling weeks, and half the class leaving due to the difficulty and time demands of the course, we gave a presentation of our final project to local web developers in the hopes that they'd be impressed and hand us a job. There were some recruiters that showed up, and the presentation went very well, but I and another student had something else in mind, and we set off to begin our adventure as entrepreneurs.

After learning what I consider to be "the basics," and not wanting to try to solve every problem with a Wordpress plugin, I quickly became fond of Laravel. It gives PHP, in my opinion, the best Framework available. Even if I'm just spinning up a server and dumping a single page app on it, I'd much rather use Laravel to do it than just a PHP index file. I've been watching Jeffrey Way at Laracasts ever since school ended. However, I never would have been in the position to learn this material had I not first gone through that course. I'm now a lifetime member of Laracasts.